Difference between revisions of "Stolen"

Developer(s): Blue 52
Publisher(s): Hip Games
Genre: Action, Adventure
Wikipedia: Link
Game review links: Metacritic: 51/100
Game description: Stolen is a third-person stealth action game in which you play as a sexy female thief. After your everyday job turns sour, you enter a web of conspiracy that threatens to destroy the entire city. With your stealth and agility, you'll break into and out of various locations (including museums, prisons, and satellite arrays) in an effort to steal priceless items. You'll have access to different high-tech gadgets and tools that will help you achieve your objectives.
The player assumes the role of Anya Romanov, an acrobatic, high-tech professional thief living in the futuristic dark metropolis Forge City. Her initial mission is to infiltrate a high-security museum and steal items therein. She is assisted by the computer expert Louie Palmer, who communicates with her through an earpiece. Later on however Anya is framed for murder she didn't commit and finds out about a sinister conspiracy involving a ruthless corrupt politician Richard Killian and her own deadly female ninja rival known only as Breeze. 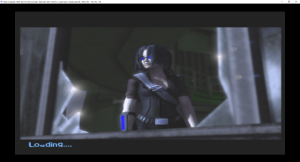 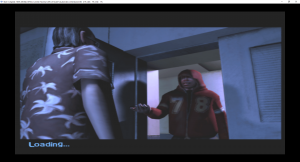