An important of the recompiler is the management of block. You can see below a nice schematic. 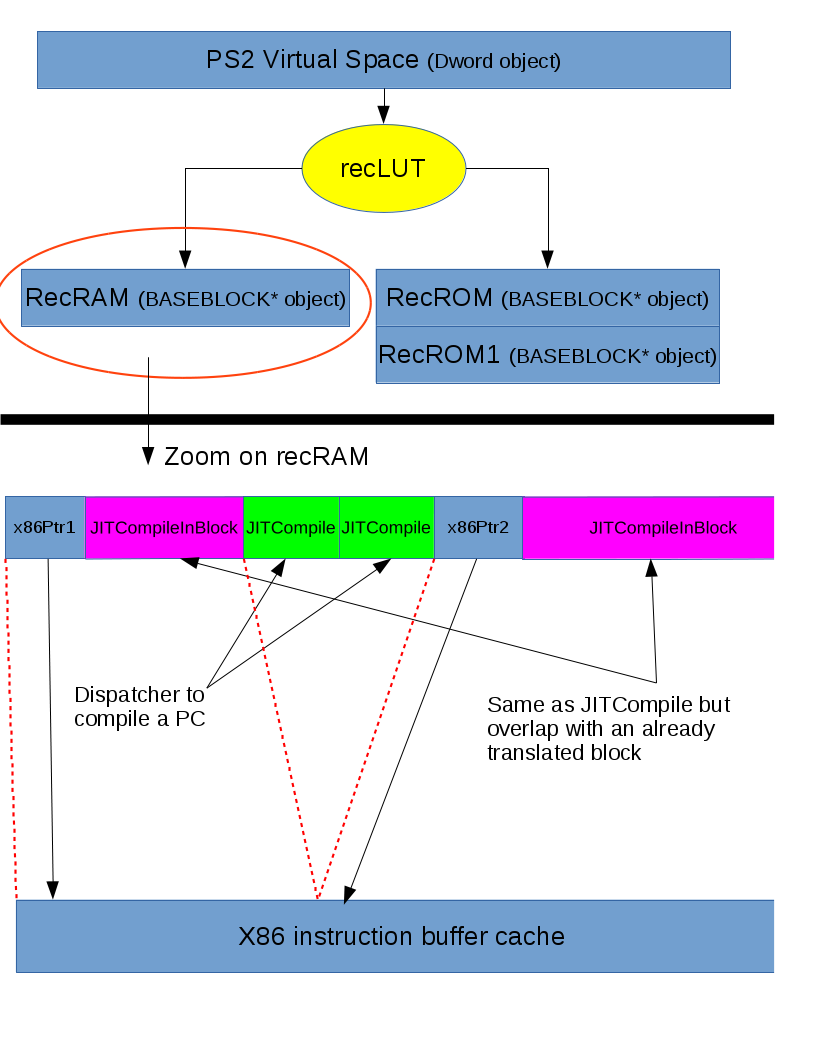